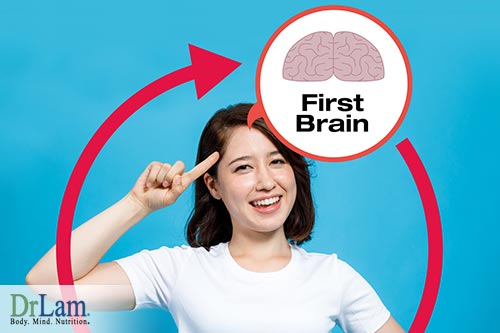 The importance of improving or maintaining psychological well being has never been so high with all the stresses of a fast-paced modern life. Your psychological state affects everything, not just your mood. It affects your physiology directly, and it can affect your relationships, hobbies, exercise capacity, mental clarity, career, weight, sleep, and your ability to enjoy your life.

As you know, stress is the key factor in conditions like Adrenal Fatigue Syndrome (AFS) and the dysregulation of the different circuits of the NeuroEndoMetabolic (NEM) Stress Response. But it also causes or worsens pretty much any other condition in direct or indirect ways.

For example, did you know that stress hormones are hyperglycemic? They can actually raise your blood sugar levels, which is not healthy for a healthy person and very risky for diabetics.

Plus, let’s face it, feeling down or unmotivated is never fun. You are meant to enjoy your life, even with its many challenges. In this article, we’ll give you some surprising and easy-to-implement tips on improving and maintaining your psychological well being.

It’s always a good idea to start with diet. You eat around three times a day, every day. What you eat becomes your cells, your hormones, your neurotransmitters, your whole body, including your brain! So, if you change something that is so central, then it goes without saying that it will have a significant effect on your psychological well being.

Ancient systems of medicine, such as Traditional Chinese Medicine and Ayurveda, have been underlining the importance of the mind-body connection for centuries, and science has now backed that wisdom up with research. The gut-brain axis (GBA) has been studied and shown to have a significant role in how you feel.

For example, did you know that depression has now been traced back to long-standing low-grade inflammation? And as we’re seeing over and over again, inflammation usually begins in the gut. Let’s break it down. ( https://www.drlam.com/blog/serious-progesterone-side-effects-and-brittle-adrenals-part-1/30858/ )

There’s a reason the gut is sometimes referred to as “the second brain”, it’s because it has its own nervous system. It’s called the enteric nervous system, and it has a very complex two-way communication with the central nervous system (CNS), the autonomic nervous system (ANS), and the hypothalamic-pituitary-adrenal (HPA) axis.

This is a direct link between the gastrointestinal (GI) tract functions and the cognitive and emotional centers of the brain. And one of the major factors that influence this link and the interaction between the gut and the brain is the gut’s microbiome, the collection of microorganisms that live and work in the gut.

The communication between the gut’s microbiome and the brain goes both ways, using different neuro-immuno-humoral mediators such as the immune system, the endocrine system, and humoral fluids.

A properly functioning GBA helps with the homeostasis of the GI tract and it can also maintain smooth cognitive functions, psychological well being, and strong motivation.

Studies have been showing the dramatic effect of the microbiome on the nervous system, with dysbiosis being associated with conditions like anxiety, depression and even autism. With autism, for example, it has been observed that depending on how severe the condition is, specific differences in the gut flora can be seen. Source From