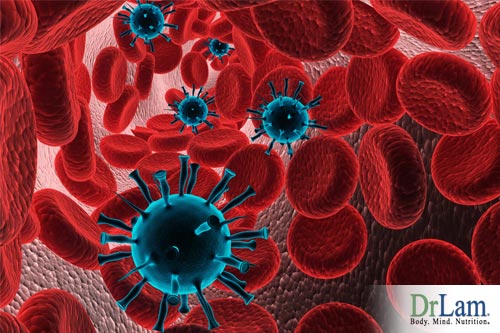 What Is Lyme Disease?

There are apparently over three hundred thousand people in the United States alone that are diagnosed with Lyme’s disease each year. This is six times more people that are identified as HIV positive and 1.5 times more than women who are diagnosed with breast cancer. Getting a positive diagnosis, however, is very difficult. Most people are repeatedly misdiagnosed due to the diversity of the symptoms. Misdiagnosed conditions include fibromyalgia, multiple sclerosis, and chronic fatigue syndrome.

The disease is more common in older people, children, and adults who predominantly engage in outdoor work, such as park rangers and firefighters, as they are more at risk of getting exposed to tick bites.

How Do You Get Infected with Lyme Disease?

You get infected with Lyme disease once you are bitten by the immature tick, called a nymphal. A nymphal is tiny and their bite is painless. Very many people who contract the disease do not even realize they have been bitten. The longer the nymphal is attached and feeding, the greater your chances of Lyme transferred into your bloodstream.

A pregnant woman who has Lyme could transfer it to the fetus. Stillbirths have occurred because of this, although it is not very common. Some believe the disease is inter-transferable between humans, but this has not yet been proven in a clinical setting.

The most common systemic infection symptoms associated with Lyme’s disease:

One of the problems most Lyme disease patients have in common is chronic fatigue. Tests on these people show that their adrenals are depleted. This causes problems for hormone production.

Lyme disease affects your hypothalamus, one of the components of the hypothalamic-pituitary-adrenal (HPA) axis. When one component of the HPA axis is affected, the other components suffer the consequences as well.

The HPA-Axis and Its Importance in Handling Stress

When your body is under physiological or psychological stress, the hypothalamus, situated in the brain, takes note of the threat and takes measures to address it. It is part of the neuroendocrine system that controls many of your body’s processes, such as the storage and use of energy, digestion, your sexuality, your emotions and moods, and your immune system.

Once the hypothalamus perceives a threat, it sends chemical messages to the pituitary gland which in turn secretes hormones which act on the adrenal glands. The adrenal glands then jump into action and produce cortisol and adrenaline. These two hormones ready the body for either fight or flight, while at the same time keeping it alert.

When this happens, and attention is given to the problem at hand, the body either stops producing or produces less of the other hormones for this short period. Once the threat is over, all hormone production once more goes back to normal and the situation inside the body goes back to normal.

If however, the threat persists, the adrenal glands produce ever-increasing amounts of these two hormones until such time as its reserves are depleted and it is no longer able to do so. At this stage, the body responds by gearing up other organs to take over the production of these hormones. It will do this until such time as adrenal exhaustion sets in and the adrenal glands are exhausted. This has a dire set of implications attached, as recovery from adrenal exhaustion is a long, difficult process.

During this final stage of adrenal fatigue, the body is no longer able to produce cortisol, and your symptoms intensify. You no longer have any sex drive, are constantly fatigued, are apathetic with no interest in what goes on around you, are irritable and have either anxiety or depression (or both), and most probably suffer from weight loss for no apparent reason. Not only are your cortisol levels affected, but all other hormone levels as well. At this stage, you are suffering from what is commonly called ‘burnout’.

In addition to cortisol depletion, the body is so tuned into survival mode, that other hormone is not produced at the rate they should. This causes a domino effect as different organs and systems are in turn negatively affected. The thyroid gland is one of these. Due to the onset of adrenal fatigue, the thyroid hormones are not produced as they should. They play a large role in the body’s metabolism and growth.

When you contract Lyme disease, the neurotoxins produced by the disease has a negative effect on the hypothalamus. In so doing, it affects the production of your thyroid hormones as well as the adrenal and sex hormones.

Lowered testosterone levels increase your chances of infection while women going through menopause that has Lyme disease are worse off than those without. This is due to the even lower levels of testosterone in their bodies. Testosterone has a positive effect on your mood, sex drive, and energy levels.

The adrenal and sex hormones, because of their anti-inflammatory properties, are crucial to your wellbeing. Those with Lyme disease, who have extremely low levels of these hormones, often have chronic pain.

Lyme disease also depletes your progesterone and pregnenolone stores because of the chronic stress this disease causes on the body. These hormones are precursors to cortisol and DHEA (dehydroepiandrosterone), both of which are produced by the adrenal glands. DHEA, especially, is necessary for the production of the male and female hormones while cortisol is necessary in order to combat stress.

Many of the symptoms and actions of this systemic infection closely correspond to those of someone with adrenal fatigue. Indeed, research would suggest that many instances of adrenal fatigue are triggered by Lyme disease. In order to help yourself overcome one of these conditions, you thus need to address the other and look at the root cause.

The traditional treatment for Lyme disease is an antibiotic. In some instances, however, people with the disease do not respond well, and additional antibiotics are usually recommended.

From a more holistic standpoint, one would look at adrenal support in order to help the situation as well as ways in which the body can naturally fight back against the disease.

As your immunity is compromised, it makes sense to eat foods that boost your immune system and help fight infection. The only way to combat Lyme disease and the resulting adrenal fatigue is when your body is in control of its inflammatory response.

Certain foods need avoiding, such as sugar and grains, while more anti-inflammatory foods are consumed, such as raw dairy products, nuts, coconut, vegetables, and organic meat. Foods rich in probiotics also need to be included.

Vegetables, especially green leafy vegetables such as spinach and brightly colored vegetables, are high in antioxidants, as are berries. These foods lower your risk regarding nutrient deficiencies while they help in controlling inflammation and damage due to free radicals.

Fermented vegetables are a great source of probiotics. Examples are sauerkraut and kimchi. Raw goat’s milk yogurt (or any other form of raw yogurt), kefir and amasai are also good sources.
Probiotics encourage good bacterial growth in the gut, thereby improving your immune system.